Your contact form was sent – thank you for taking the time to complete – we will be in touch shortly.

To recap, the national living wage is the government-mandated minimum wage for 23-year-olds and over. This attempts to ensure that people earn enough to be able to live based on the rate of inflation. The changes will bring in an increase of £345 over the year for a full-time worker on the National Living Wage.

Younger workers aged 23 and 24 are set to benefit most from the changes, as they will now be included in the National Living Wage. This will see their pay boosted by 8.6% - an increase of £1,292 over the year for a full-time worker.

There have been some concerns raised about how these increases may impact companies. The Recruitment and Employment Confederation (REC) reported that 15% of its members said an increase to the National Living Wage above £8.72 would force them to freeze hiring. A further 14% said they would have to make redundancies or reduce the work for current employees. However, an independent report published this year said there has been little or no evidence of job losses as a result of rising minimum wage levels so far.

What is People Solution’s view on this?

We believe that hard work should be rewarded, and this is a positive change for workers across the UK. We’re also extremely proud that our workers are already paid to this level or above in many cases. 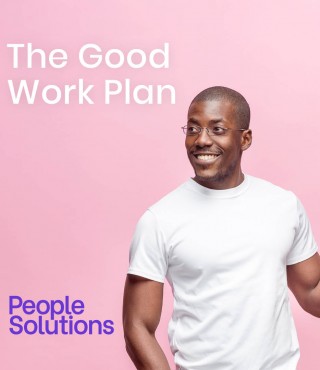 The Good Work Plan and fairer employment of temporary workers

When it comes to business, temporary and zero-hours contractors can often be left to fend for themse...